shapeViewer is a publicly available scientific software designed to display a 3D model of a comet/asteroid, simulate observations from a space mission, project data on the shape. It provides a series of tools specifically developed for mapping and geomorphological investigation.

shapeViewer has been used for operations planning and scientific analysis by the camera teams of Rosetta (ESA) and Dawn (NASA) missions. We currently support the AIDA project: DART (NASA) + Hera (ESA), and Comet Interceptor (ESA). 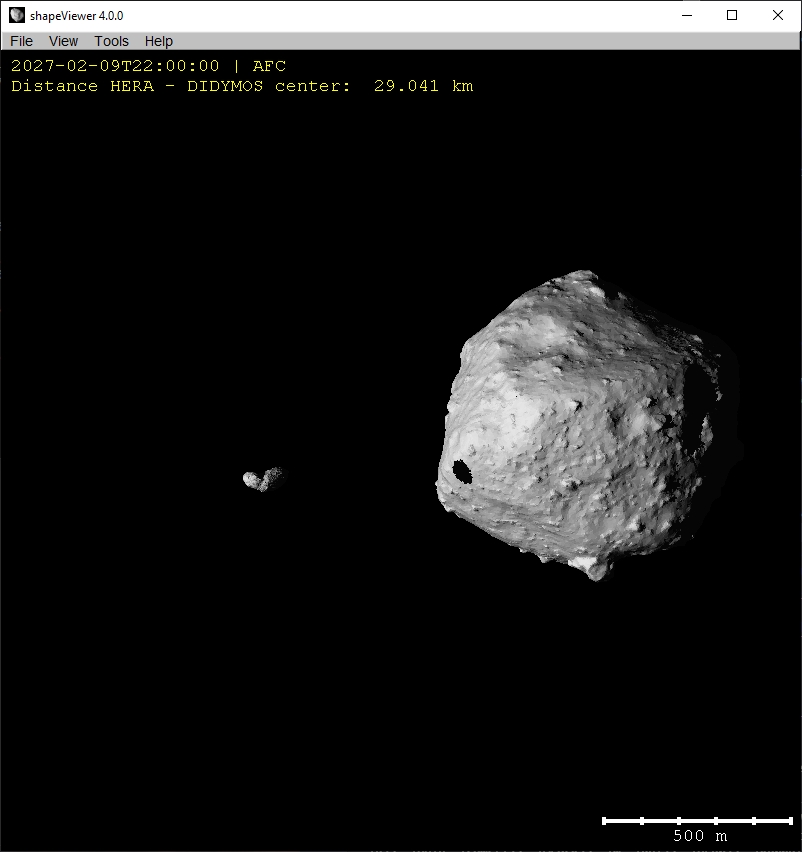 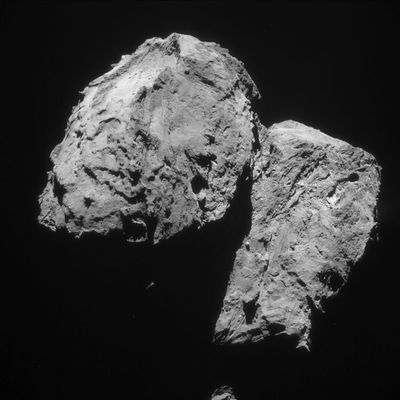 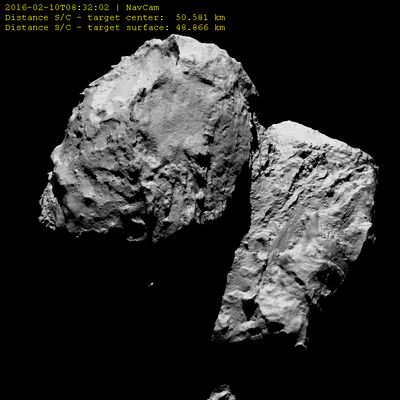 shapeViewer simulation
of the same view
Visualizations can be exported as individual frames and assembled in a movie. In software,
one can interrupt the "movie" at any time to look at the shape from other angles or change parameters. 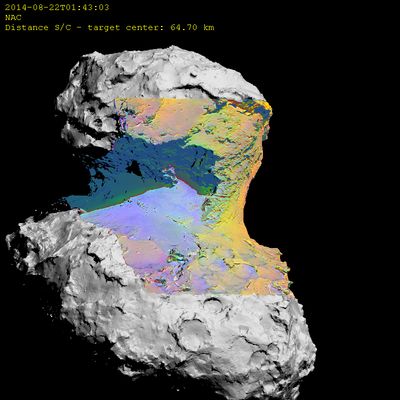 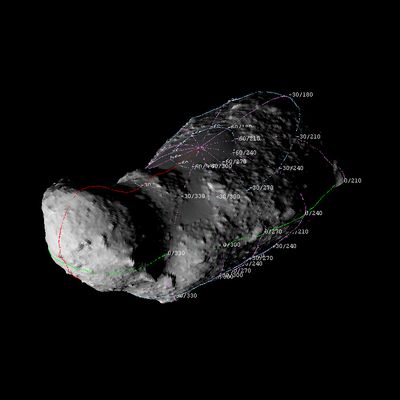 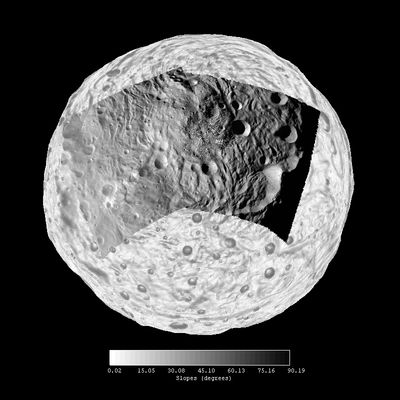 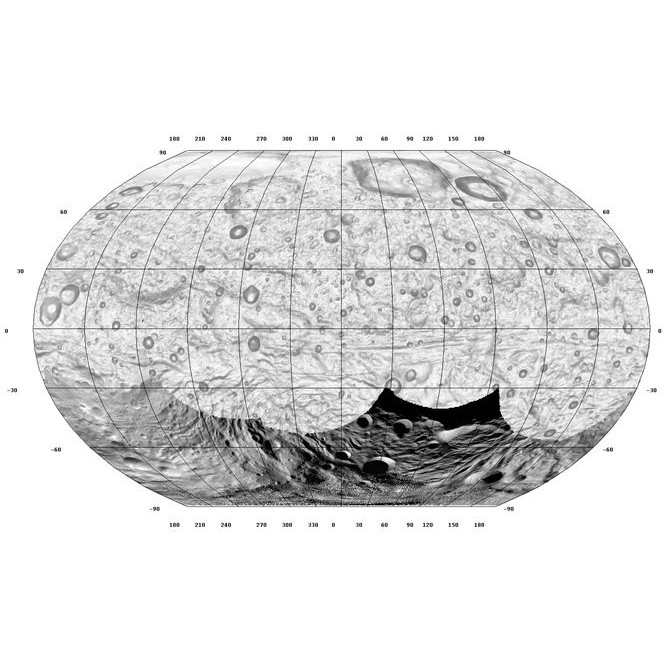 Same view as a map,
with one of the mutiple projections provided

shapeViewer is supported on Windows 10 and Ubuntu 20.04 LTS, 64 bits systems.

Users of other Linux distributions and MacOS can run the Windows executable through the WINE interface (albeit slowly).
A graphic card supporting at least OpenGL 2.0 is necessary (usually true if your computer was built after 2004).

shapeViewer is provided as a single zip file. Extract it in the folder of your choice, and run the executable file for your system.

The latest version of the User Manual is available online.
A PDF version with the same content is distributed with the software.

Since 2010, shapeViewer has been referenced in many papers and conference talks. Here is a selected list of peer-reviewed publications which benefited from the software.